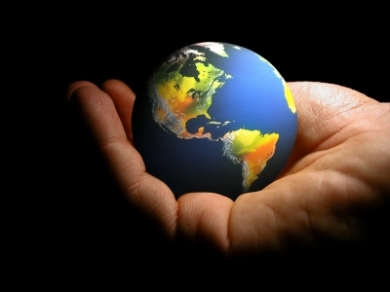 Probably all of us have heard the startling international development facts at one time or another throughout our educational and social careers.  These statistics disturb us.  They should trouble us, shake us, and make us question the way that we do treat the resources we are given.

Did you know that today 22,000 children will die?  Are you aware that over 1 million people die of malaria each year (a disease that is treatable with Western medicine), and that many women around the globe are affected by fistula (a condition that causes incontinence after a woman has a stillbirth that is unheard of in the West because of our use of Caesarian sections?).  Women with Fistula in the global south often become abandoned by their partners, left to wander alone in the fields, and are occasionally eaten by hyenas during the night. In addition to the physical consequences, Fistula carries a lot of social stigma and emotional distancing to the individual.[1]

Many of us are aware of the discrepancy of wealth – how 5% of the world holds the majority of the world’s resources.  Many of us recognize that millions of people live with less than $10 a day, and that in many countries young girls and boys are still not able to attend school because they lack the resources to do so.  We know of the injustices of the sex trade and the modern slavery that still happens around the globe. These facts and figures are often unsettling and overwhelming.  It can become an easy response to think that because we are not personally affected (or so we think) that the problems are too myriad to tackle.  We may even question ourselves, “what’s the big deal?  Why spend time trying to combat global poverty?  After all, Jesus Himself said that we will always have the poor among us.[2]  Why not spend time instead trying to cure cancer or trying to land on Mars?”[3]

Today is International Development Day at Tyndale.  Professor and advisor of the Tyndale International Development program, Dr. Leah McMillian along with guest lecturer, Linda Tripp (a prominent figure in World Vision as well as a member of several philanthropic boards including Tyndale University College and Seminary’s Board of Directors and a board addressing Fistula) addressed the Tyndale student body today with these very questions and concerns.  They challenged us as young adults to step outside of our comfort zone, to really make a difference, and to become globally aware of what is taking place in our world.  Dr. McMillian also shared with us that this whole week is International Development Week in Canada.  It is recognized as such by the Canadian Government and we, at Tyndale, are very pleased that we can get the word out for the second year in a row on these topics.

Many of you are aware that I have a passion for International Development.  This passion began when I was a 15 year old and attended a Peace It Together Conference at Canadian Mennonite University in Winnipeg, Manitoba.  While there I attended a special lecture by Ray Vanderzag.  Vanderzag shared with us how many children around the world ate mud because mud provided some of the nutrition that they needed and filled them up.  Along with this phenomenon, he also showed several graphs and charts depicting the global reality of disparity of wealth.  Although at 15 I lacked the maturity to fully grasp the concepts he was referring to, it began to stir in me a certain passion to engage with the Global World.  As I got older and finished by high school studies a budding interest in political science and peace advocacy began to take place.  When I went to Tyndale University, I began to be involved with a number of projects including serving with Meal Exchange as a Campus Food Strategist (Meal Exchange is a non-governmental organization that addressed issues of local and global sustainability).[4]  My interest also brought me into contact with my very first roommate who had written on her residence form that her interests were international development.  Her and I have since become very close friends sharing in a mutual passion for InDev and business administration as well as a close connection as Spiritual sisters.  My roommate has since graduated with her BA in Business Administration: International Development from Tyndale and has gone on to serve in a variety of non-profit organizational roles including in some key leadership positions in her field.   Upon graduating from Tyndale myself, I ultimately landed myself at a Mennonite seminary where I began to take courses in Peace Studies including a course on Economic Justice and through my field of study began to understand some of the changing needs in this field.  So when I speak on this topic, I am speaking through the lens of someone who is not only interested from a professional angle about what happens, but also as someone who believes that ALL Christians are called to be informed as to what is taking place.

So, please do not get overwhelmed with the troubling statistics, although they are meant to overwhelm at some level, but rather, I would like to offer you a few suggestions as to how EACH ONE of us can make a difference whether or not we are professionally or scholastically in the field of International Development:

1)  Become Informed – It is easy to be overwhelmed just by a few key statistics, however, I would really encourage you to read and understand the reality that is happening around the world.  Not only are classic books such as those written by Mother Theresa, Ghandi, or Nelson Mandela helpful in understanding some of the issues outside of our own countries, but there are also many non-Christian books which I feel would benefit anyone to read.  Some of my favourites are A Long Way Gone by Ishmael Baeh and Banker to the Poor by Muhammed Yunus.  Additionally, I would recommend a host of movies including Blood Diamond, and many seminars and lectures which also address these topics.  If you are a Mennonite or go to a Mennonite university you may especially be interested in the Intercollegiate Peace Fellowship held at Bluffton, University in Ohio.  I attended this conference last year and it was not only a great opportunity to fellowship and network with likeminded individuals (which was very refreshing), but it was also very eye opening on some of the issues that are taking place in our world.  Additionally, general reading on topics of micro-finance, micro and macro-economics, and political science will add a broad basis for your knowledge and background in the field.  If you’re looking for a great place to start, consider, The Wealth of Nations by Adam Smith.

2) Make Smart Voting Choices – Read the newspaper, watch TV, or listen to the radio to catch the news OFTEN.  Approach your politicians and ask them hard questions about international relations.  If you choose to vote, understand who you are voting for and why (don’t just make it about party allegiance but get to know their platform).  If you choose to abstain from voting be prepared to defend your reasons for why you aren’t voting this year.

3)  Make Smart Food Choices and Care for Creation– Start researching and becoming aware of issues of local and global sustainability and of how the food that we eat directly and indirectly  ravishes or replenishes our earth.  Cookbooks such as Simply in Season or The More With Less Cookbook are great additions to any kitchen.  Depending on where you live you may even consider starting a Community Garden as a more sustainable way of receiving food.

Consider investing in books such as the Green Bible or Sam Hamilton-Poore’s Earth Gospel as excellent additions to your devotional life or try intentionally praying some of the Psalms related to creation care and sustainability.

4)   Pray and Fast – You may think, “how much can I accomplish just by praying?”  The Answer? A LOT!  Prayer changes things, prayer changes people, and prayer intertwines your heart with God’s making you more aware of how His heartbreaks for the injustices of this world.  When we pray and fast we are actively participating in bringing an end to injustice and asking God to make His reign of justice and peace come into this world just like it is in heaven.

5)   Actively Participate – Along with prayer, consider getting your youth group, college/seminary, or church involved with projects such as the 30 Hour Famine, Vow of Silence, or a service trip/project of some sort.  These experiences are great ways to open your eyes to the difficulties many globally face.  You may also try a discrepancy of wealth night where people are giving cue cards at random – one may receive a full dinner another only a small bowl of rich another nothing at all.   This is a great experiment that I discovered when I was in college.  It really brings things into perspective for you.  After all, we do not choose the life situations we are placed under.

6)  Recognize that Disparity of Wealth is Not Just Overseas – Finally, recognize that disparity of wealth is not just a problem that is far from the Western mind but that is happening even in the world’s richest countries.  Even in Canada there are many people living on the streets or going to bed tonight hungry.  In Canada we still face issues of modern-day slavery, sex trafficking, and prostitution whether or not we want to acknowledge it.  There is still (unfortunately) a general mindset among many in Western nations that somehow women deserve abuse or that men should still make more money than a woman for doing the same job.  Thankfully overtime these unfortunate myths have begun breaking down and people are being educated on the truth that although different, men and women are equal.  Still, it stands that a white, middle-aged, heterosexual, married man with two children will have more privilege even in North America than a bi-racial African-Canadian, elderly, bi-sexual woman who although she lives with a partner is not married to her and is childless.  This is the unfortunate reality of our world even after all of these years.  In order to begin to understand the disparity of wealth that takes place in our world become familiar with words and phrases such as “white privilege”, volunteer among the homeless population, and do not just look on the ground when you are walking in a big city such as Chicago or Toronto.

For sure, if you have the resources available to you checking out slums in other countries can indeed be very eye opening and helpful.  Witnessing the poverty in Brazil has forever shaped the way I approach my life.  However, we are also called to be missionaries right here in our hometowns and communities.

The whole Gospel is about offering a cup of cold water to the stranger, validating the worth of each individual, and loving the least of these.  As I told my L’Arche mentor the other week in our coaching session, “For me, L’Arche is living out the Gospel.  That’s why I cringe when people tell me, ‘You are doing nothing related to what you studied.’  I say to them, ‘You need to come for dinner at L’Arche sometime or for a [religious] service and then you will see that that’s not the case at all!’  L’Arche is about caring for the least of these and that’s exactly what Jesus taught.  If we don’t care for the least of these it doesn’t matter.  We could have a PhD, we could be a pastor or a professor, but we haven’t understood the Gospel.  We are not living in the way that Christ intended.”

[3] A question posed in chapel by Linda Tripp